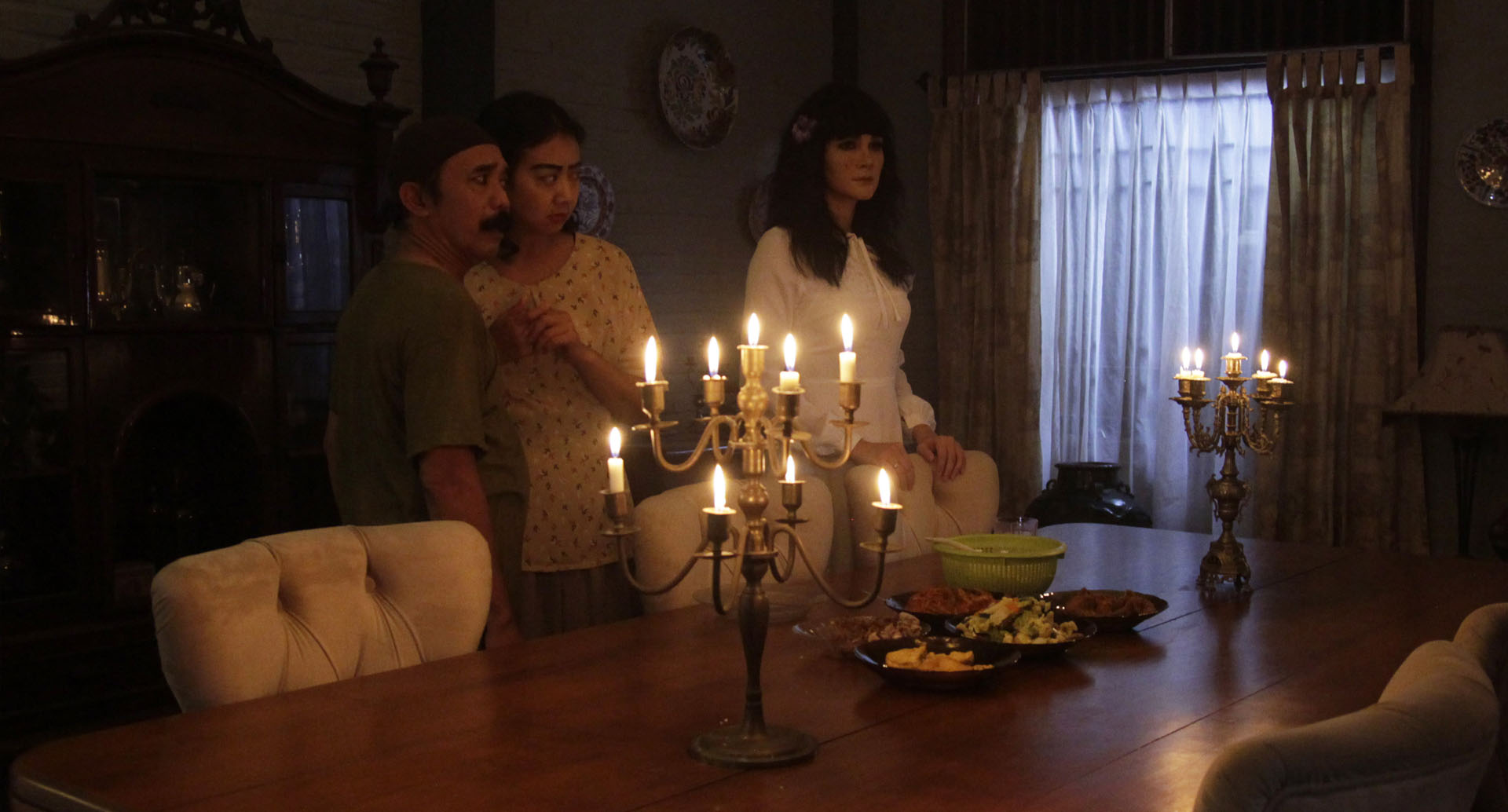 A valiant tribute buried by a distracting decision

For something called Buried Alive, the focus is really not about that. Instead, the film is both a tribute and remake of Indonesian horror classic Sundel Bolong (1981), and features many nods to the original.

The spirit in question is usually a prostitute who died in miscarriage, and her trademark is a bloody hole in the back where the baby is believed to have crawled out of. For Buried Alive, the ghost is a virtuous wife named Suzzanna (Luna Maya), who is buried alive with her unborn foetus by some bungling burglars.

If the name Suzzanna rings a bell, this is because Buried Alive is trying to revive the original actress, Suzzanna Martha Frederik van Osh. The scream queen is iconic in Indonesia for her spooky roles, and is even rumoured to be into spiritual Javanese practices herself.

Actress Luna Maya was selected by the filmmakers for her remarkable resemblance to Suzzanna but a later decision comes to haunt the film. In an effort to up the similarity, Maya had to wear facial prosthetics that limited her acting range significantly.

While good examples (such as Nicole Kidman’s turn as Virginia Woolf in The Hours) can really propel the realism, in this case, it’s a big fail. Maya’s upper lip doesn’t move the slightest, and for a language that requires significant mouth movement, the effect is glaring and awkward.

Even worse are the many close-ups between the actress and her loving husband Satria (Herjunot Ali). The lovey-dovey scenes emphasize the odd facial stiffness in Suzzanna, especially when compared to the expressive Satria.

Buried Alive’s other flaw would be the overkill in goofball characters. Sporting five of them in total, their dimwit antics are amusing at parts, but distracting and incongruent most of the time. It may have been slotted in to lift the mood, but it deflates the whole atmosphere instead, especially when it comes up in a haunting.

But Buried Alive has plenty of local flavour that keeps it still a robust entry, and with good production values (minus that awful prosthetic), the kitschy horror is a nostalgic trip back to some good vampy scares.