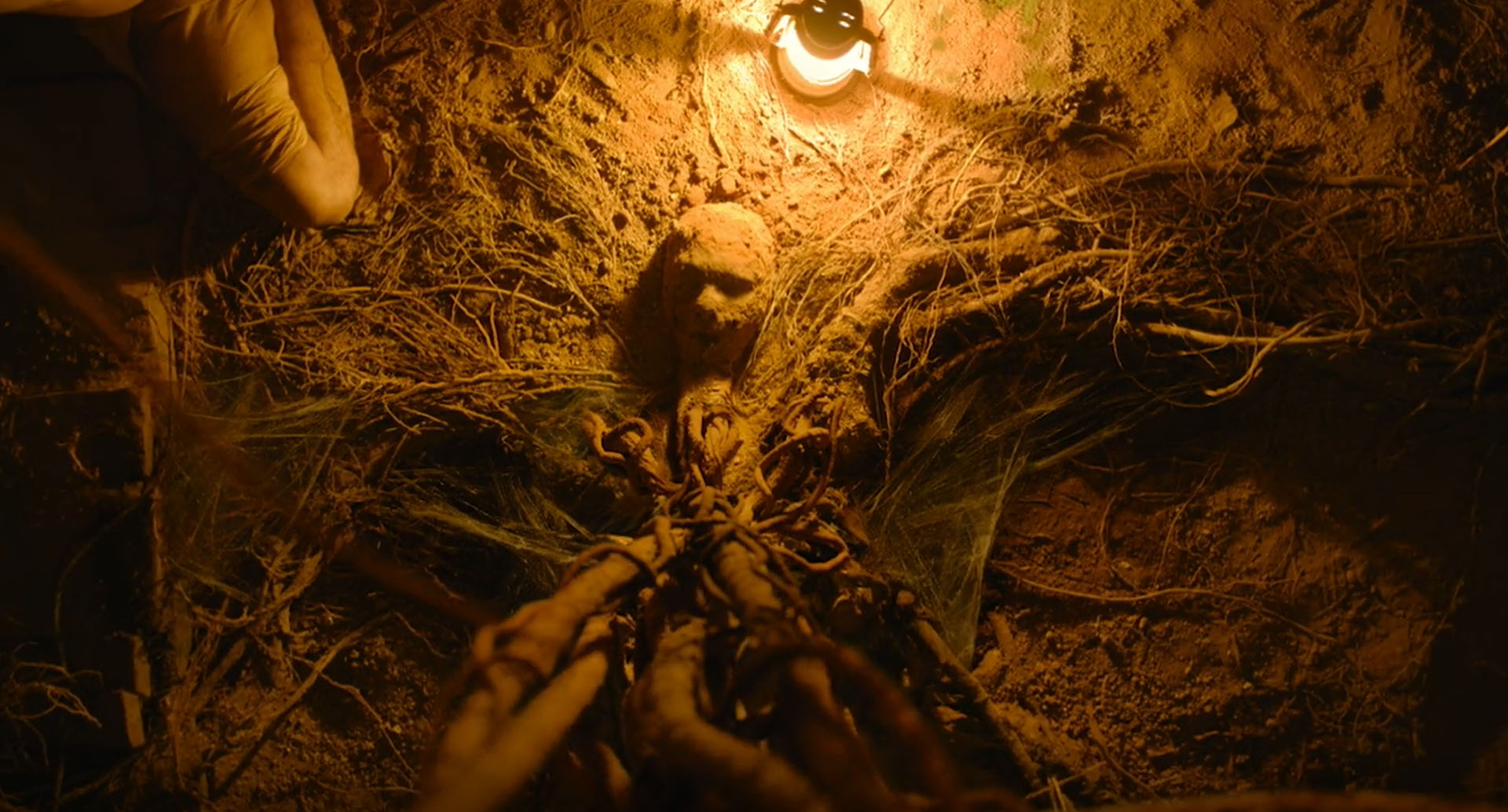 An indian tale of monsters and men

When I heard “period Hindi horror”, I was in. Tumbbad surprises with its theme and story – an inventive tale that adheres to the dramatic mythology of Hinduism. And as epic as the story is, the production was in itself a tale of its own.

The first draft was written in 1997, and co-director Rahi Anil Barve used the marathi novel Tumbadche Khot to create a 700-page storyboard from 2009 to 2010. It was only in 2012 that the film was shot, but later re-written halfway by Anand Gandhi, who also reshot certain scenes. Throughout the 6 years of production, actor and co-director Sohum Shah maintained his weight gain and look for the film. Talk about commitment.

This tumultuous background has benefited the film in many ways, and cursed it in others, but Tumbbad remains a notable entry in recent times for a well-produced Indian horror.

The legend goes that the mother goddess birthed 160 million gods, and the eldest was named Hastar. He was her favourite, but also coveted all the gold and grain the goddess had bestowed upon the universe,. He managed to claim a significant amount of wealth before the other gods turned on him and struck him down while he was pilfering food. The mother goddess struck a deal with her children – in resurrecting Hastar, she will deny him the privilege of worship, but keep him alive in her womb.

Because the film is really about greed, it goes without saying that a group of priests located the goddess’s womb in Tumbbad and built a temple in honour of Hastar, in hopes of material boons. The film spans three generations, with Vinayak Rao (Sohum Shah) as the bridge character.

The monster in the film is a fluid creature. It moves between those who sought the riches Hastar had to offer, like Vinuyak’s monster of a grandmother, to the various actors who find out about the secret, to Hastar himself. But the demon god is definitely the least of the offenders.

The film is beautifully shot. The scenes shuttle between oppressive tunnels and sweeping rain-pummelled hills, colour-graded to a moody palette. The sets are also incredibly, most notably the actual temple itself. With heavy-spiked doors and stony foundations that feel a million years old, it adds credence to the ancient myth.

Tumbbad is also light on dialogue, which builds a nice feel in a good many scenes, but also keeps us a little befuddled in others. This is especially so when the script repeats its point unnecessarily, such as the scenes between mother and the young Vinuyak. Maybe the many exchanges at the top level caused this erratic and inconsistant tone, but thankfully, the wonderful score by Jesper Kyd keeps the mood going.

Tumbbad has many things going for it – refreshing take, simple but effective mythology, a talented cast, and some really nice effects. If kept up, this universe is worthy of its plans to keep developing its sequel as long as they keep things culturally… rich.