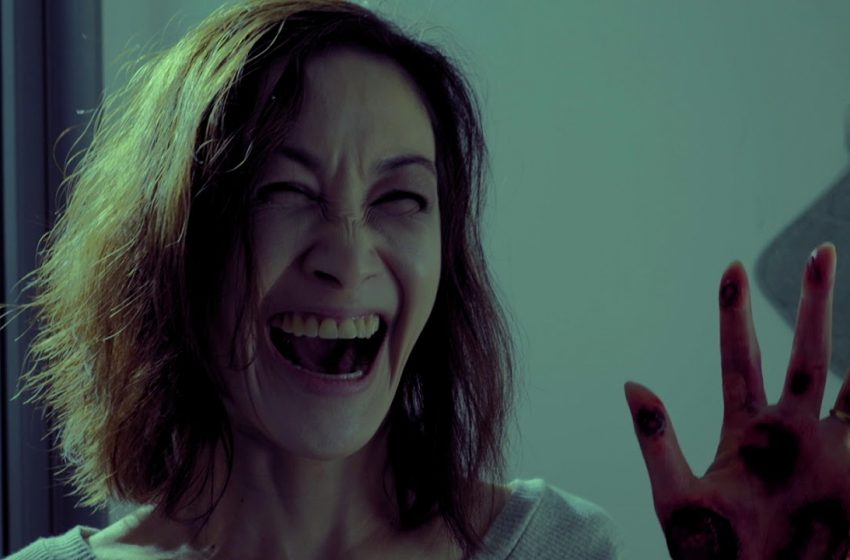 Can a haunted story ever work in the sanitised setting of Singapore? REPOSSESSION attempts to do so, painting over colourless cubicles and the confines of an Audi, a tale that funnels urban pressure into a horrific manifestation.

If 2018’s CRAZY RICH ASIANS decorated Singapore with cocktails, clubs and the super-elite, here is the behind-the-scenes if you will, of a family struggling to upkeep their swanky lifestyle. It’s an age-old fable of what happens when one loses sight of what’s important when trying to keep up appearances.

The story sits upon the shoulders of sole breadwinner Jim (Gerald Chew), a 50-year-old who gets retrenched from his managerial job and has a difficult time finding another, presumably due to his awkward age. His pride stops him from sharing this with his wife Linda (Amy Cheng) and daughter Ashley (Rachel Wan), so he desperately looks into quick-fire ways of earning, including dabbling in mobile trading.

His only confidante is Vinod (Sivakumar Palakrishnan), a grounding voice of conscience who appeals to his better judgement, but Jim’s stubborn ego and mounting guilt pushes him down a dark path.

REPOSSESSION’s cautionary tale is one that will strike a chord for contemporaries, especially those living in high-priced cities such as Singapore. But the film’s ambitions falls short of its impact, let down by a few bad decisions.

While director Ming Siu Goh and his co-director Scott C. Hillyard attempts a story that works by winding its fingers around the topic in a suffocating choke, there is no cadence in the pacing, causing the tension to stretch out but never find reprieve. Like an overstretched elastic band held too long, the script feels deflated an hour in.

And while REPOSSESSION benefits from the hypnotic score by award-winning composer Teo Wei Yong, the sound design here is lazy at best, with little ambient work and audio treatment making the actors constantly feel detached from their environments.

Shockingly, stage veteran Gerald Chew as the lead fails to elicit an emotional response from me as well. His enunciation distracts from an emotive delivery, which comes across stilted and incongruent with his actors, even if most of them are one-dimensional themselves. The dialogues here feel rehearsed – these are not real conversations people have, and the performances feel exactly like that… acting. Most awkward is the script tokenism of dropping Singaporean references, such as Jim ordering a cup of tea in dialect from the hawker drink stall owner. It never happens again.

Only two manage some form of believability – Amy Cheng and Sivakumar Palakrishnan. Both speak with ease and have identifiable reactions, even if the latter doesn’t progress beyond being the angel on Jim’s shoulder.

REPOSSESSION has lofty storytelling aims, but the production and finesse needs a lot more maturing to make the payout work.