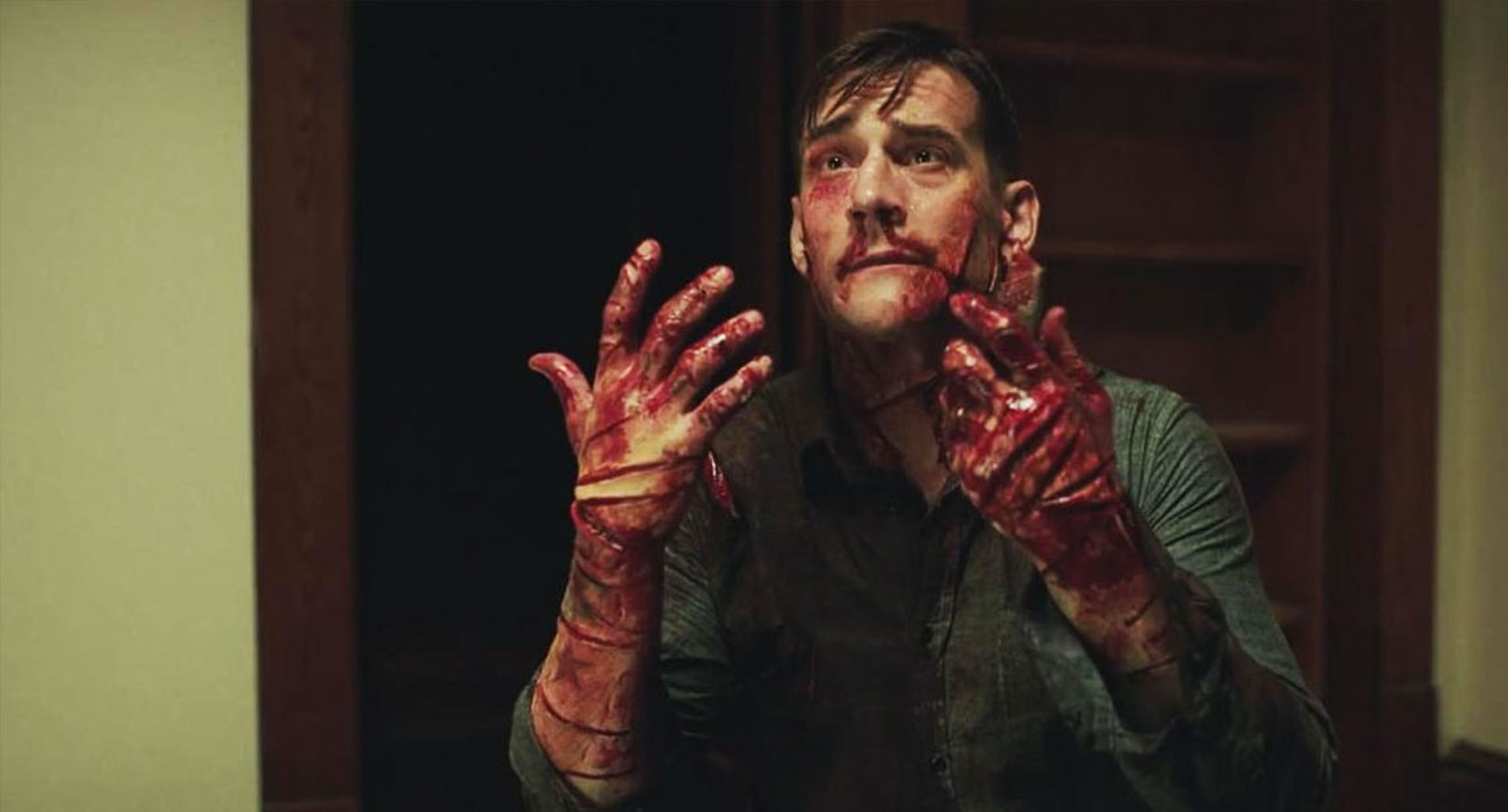 Set a house renovation tale within a haunted house and sprinkle in some sexy hauntings – Girl on the Third Floor wants to join the family of new horror like I am the Pretty Thing that Lives in the House and House on Haunted Hill, and largely succeeds.

Don Coch (Phil Brooks or CM Punk) is clearly a man with a past. Gruff and angry, he completes the visuals with a body full of tattoos. So when he moves into a house to do some work for his new baby, it already seems like we might have misunderstood him. Here is a man who is video-calling his wife and promising a new home for their new chapter, as he fastidiously works at the mysterious holes and leftover gunk with a purpose. That is, until Sarah (Sarah Brooks) shows up. The nymph easily seduces Don and mysterious things start happening soon after.

It would seem that the house has a shady history and the past is not resting in peace. But what Girl on the Third Floor does better than some with this plot, is layer it with visceral visuals. Milky liquids, bubbling wallpaper, sighing whispers – director Travis Stevens has made the house organic in a disturbing sexual way. There’s a good reason for this, and that is what keeps the story going. You start to wonder if the haunted house is literally an entity on its own. This is unfortunately fully explained in a short exposition scene near the end – an odd clumsy decision when compared to the rest of the film that builds it quite poetically.

The moments of hauntings here are rife with “what did I just see” shots, which feeds the viewer satisfyingly in its pace. Even as the truths are revealed, you sometimes still cannot understand what it is that you are seeing. And even though tired tropes like rolling marbles and girlish giggles are used here, there’s a more mature handling with some distinct twists that turn the cliche into a powerful device.

Visually, Girl on the Third Floor plays out beautifully. The cinematography is full on point, layering mirrors and windows and doors for a disconcerting effect, alluding to the many illusions and dimensions. And the framing and art direction here combines to make mirrors into eyes and sockets into orifices. The effect is alluring, as suits the story. Sadly, this is thrown away at the last portion when the wife appears. The theme of empowerment and feminism is strong here, and yet is demonstrated more poetically in the first half than the second. That said, Girl on the Third Floor deserves a nod for a worthy successful effort.