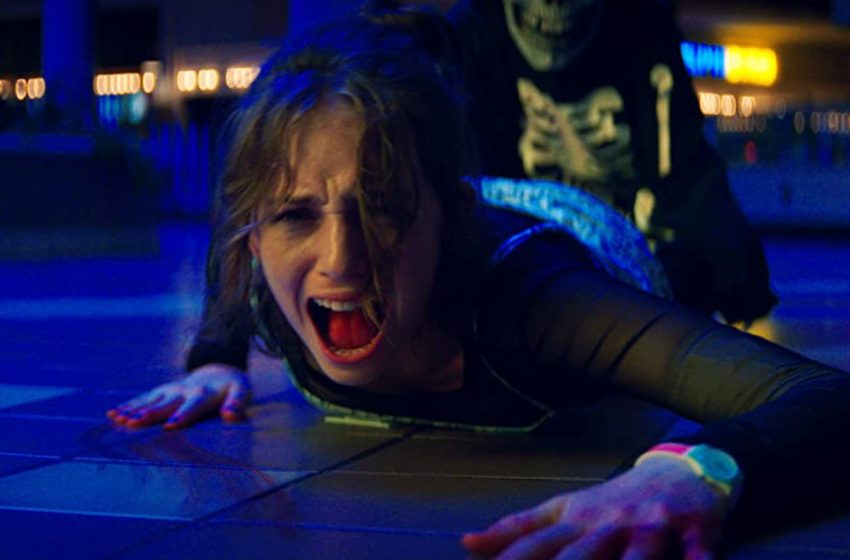 Halloween has arrived early on Netflix that has unleashed a full line-up of brand new horror films, from The 8th Night to A Classic Horror Story. Among which, it is the Fear Street trilogy that has most horror fans talking – and for good reason too.

Set in a trendy mall of 1994, the first instalment lets loose a costumed killer, who takes an obvious leaf from the Scream playbook in his familiarly choreographed murder. The killer is eventually shot to death and unmasked. But his lack of motive points to a bigger mystery at hand.

Things get weirder still when the masked murderer seemingly comes back from the dead. Many suspect a witch’s curse in the ominously named town, while skeptics hazard a guess among the residents of Shadyside. Caught in the midst of the violence, a circle of youths decides to band together to unmask and banish the unknown evil once and for all.

Of dial-up, mixtapes, and the quintessential masked killer; the 90s make a return in more ways than one. Fear Street: 1994 stokes nostalgia by way of its backdrop littered with oversized computers and landlines, while turning up an old-school metal soundtrack from Iron Maiden to White Zombie. Add to that pop culture throwbacks from subtle aesthetics to straight-out mentions, and it is an instant buy-in for genre fans.

Gone are the conveniences of modern technology, heightening stakes for the Shadyside gang. Thankfully, the teens are more resourceful and less distracted than the usual archetypes, making them easy to root for.  Clever as they are, that doesn’t mean a lack of bloodshed for gore hounds.

No one is safe in the bloody game of chance. Director Leigh Janiak amps up the carnage on R.L. Stine’s teen horror material towards the third act, flaunting vicious brutality in measured amounts for genuine chills. At the same time, there is just that little flourish of absurdity, with over-the-top kill scenes that feels right at home within the slasher genre.

It is less about the ineffectual jump scares and the atmospheric dread here. There is no social commentary or deeper meaning to delve into. Rather, the movie is pure entertainment that escapes tedium by subverting expectations at mid-point, teasing richer mythology beyond the usual masked killer trope.

If Part 1 is anything to go by, there is certainly more fun to be had in the expansive universe of Fear Street. The twist at the end promises more than the average slasher flick with the second chapter harkening back to the thriving 70s.

A trip down memory lane isn’t all that Fear Street: 1994 relies on; its rich mythology brings something exciting on top of fun to the once tired slasher genre.