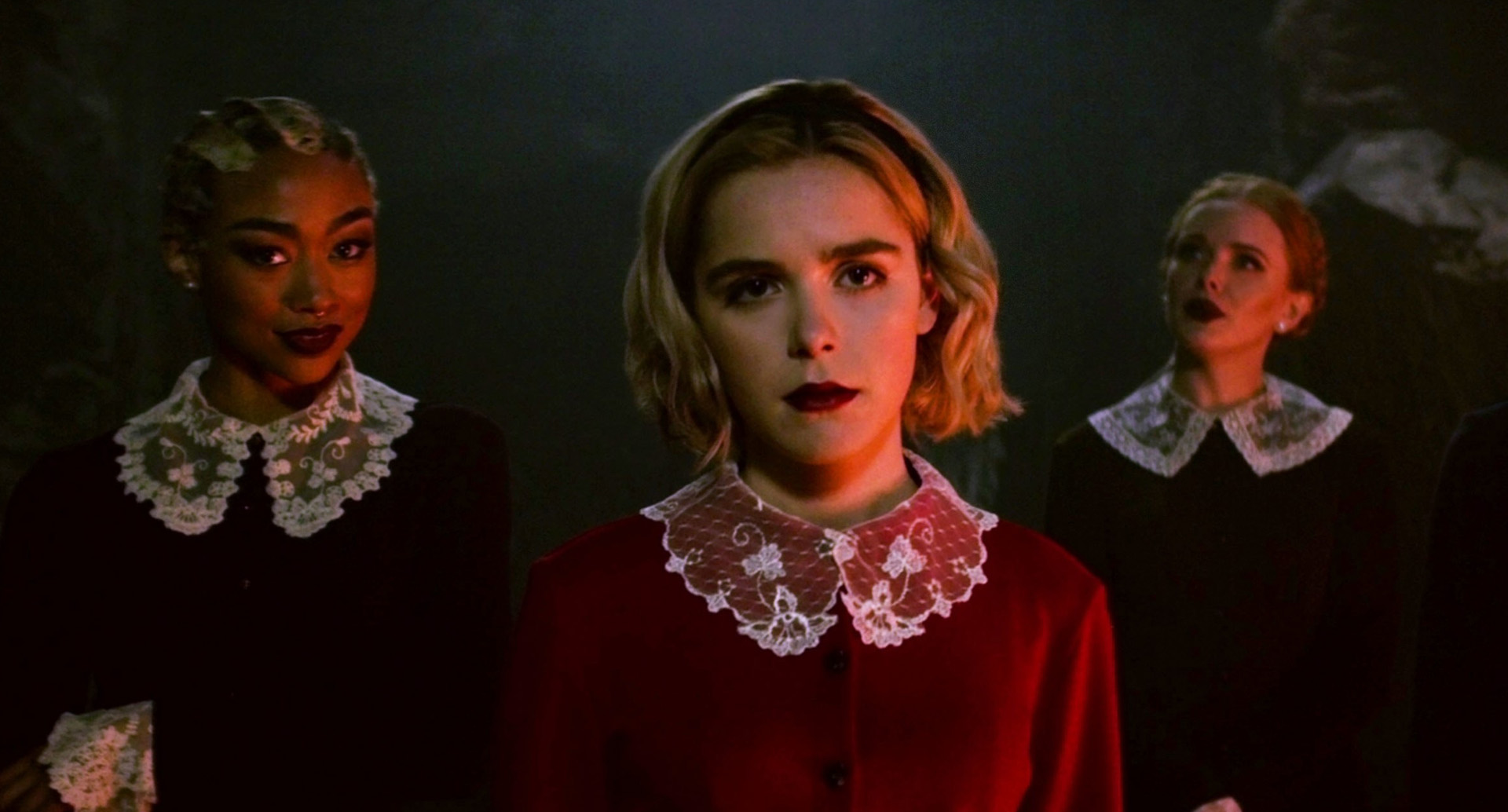 This wicked version of our teenage witch has enough to cast a spell.

Sabrina Spellman was a teenage witch from the good ‘ol Archie Comics that gave the cartoons some extra bite and imagination. Media incarnations have stayed faithful to the iconic character, depicting a sassy blonde who works harmless cantrips in the name of good.

Catering to a generation of audience who enjoy their entertainment with a dark twist, Netflix went for the kill and plunged Chilling Adventures of Sabrina into the nether realms. We’re talking unctuous amounts of “praise Satan” and “light of Lucifer” here, with the Spellman witches firmly indicated as satanic worshippers here. The series pulls Sabrina’s character back from all the devilry a little by making her half-witch, half-mortal, presumably to get her to feel more relatable or balanced. But Kiernan Shipka who plays the titular role has problems fulfilling this vision with an uneven performance. At times she feels wise beyond her years. At others, she’s like your 10-year-old screaming at monsters. Not that the monsters are not horrifying (minus that sleep demon who has an equally cutesy name – batibat), but Sabrina’s threshold for her witchy work wavers a lot, making her actions and decisions confusing.

But there’s plenty of performances to save the day. Lucy Davis and Chance Perdomo as Aunt Hilda and Cousin Ambrose respectively, are stellar. Davis begrudgingly falls under the heel of her devoutly evil sister Zelda (Miranda Otto) but has quite the bite, especially in a book store scene where she uses her powers to disarm a bully. Perdomo gives the household a bohemian air with his carefree manners even though he’s on house arrest, but shows deep cutting wisdom in scenes like the one where Sabrina raises the dead. It’s moments of intense truth like these that the script shines. Where it asks the questions or answers the emotions of the viewers without condescension. In other moments, characters like Father Blackwood (Richard Coyle) and Teacher Waldwell (Michelle Gomez) gets a little too campy, while the Weird Sisters have a definite Twilight teen flavour to them. This warring characterization and acting slightly mars the series.

Luckily, Chilling Adventures of Sabrina is still, largely, an enjoyable series. The disturbingly realistic theoretic and the story development is just enough to hold attention rapt, while the lively soundtrack and detailed sets adds plenty of Charmed nostalgia to the visuals. This Netflix adaptation is deliciously dark and we can hope that the following can even out the kinks of the first.