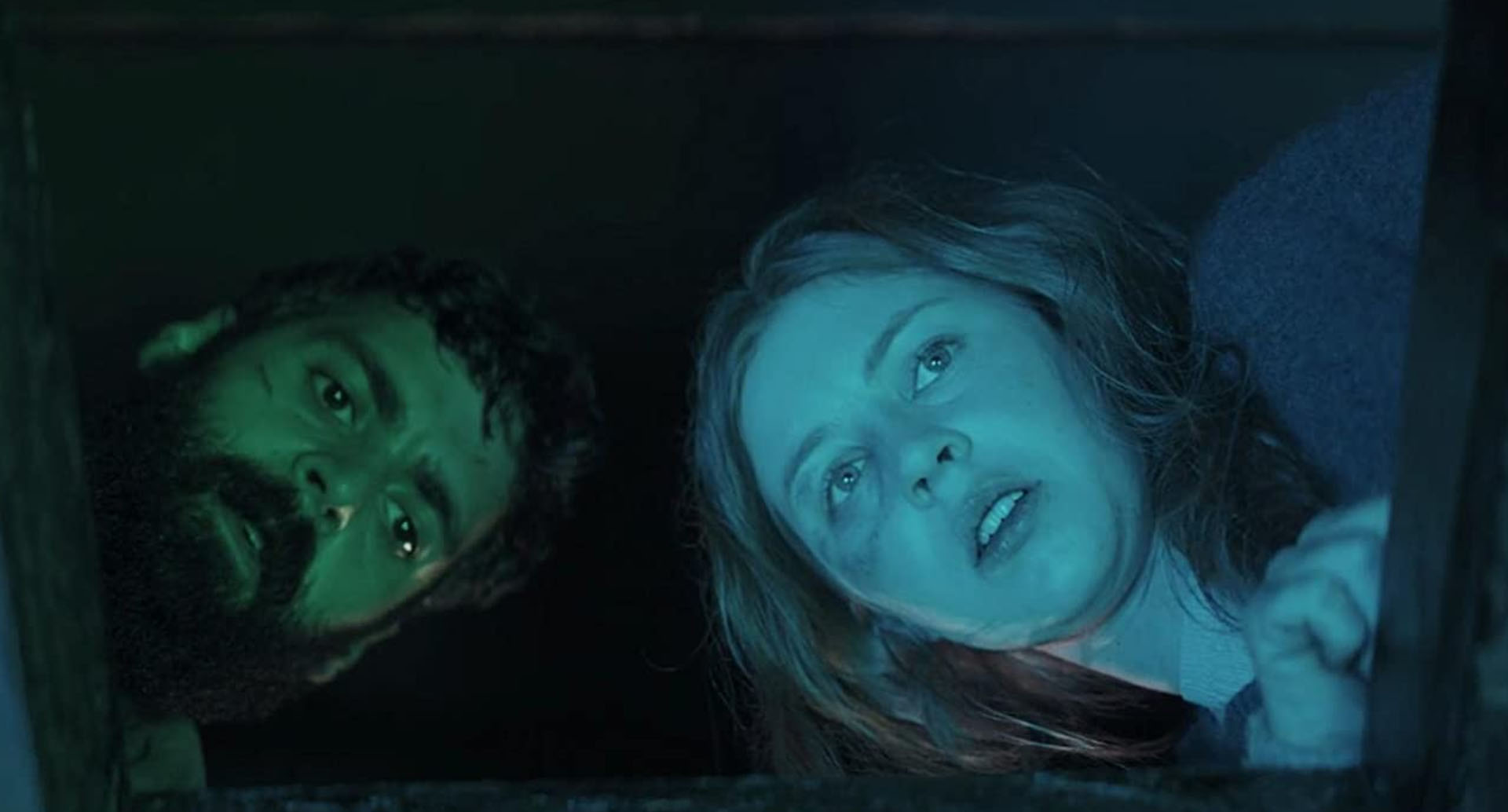 Monster films have not had a really fresh rebrand in the last few years, but we have Sea Fever and director Neasa Hardiman to thank for one. This seafaring title is an international production and has benefitted itself by being set in Ireland. While the sea in itself is not new territory for such a genre, the new spins and creature behaviour makes this a good watch.

Siobhan (Hermione Corfield) is a student marine scientist sent to follow a fishing trawler as part of her assignment. Even as she joins the 6-person crew on Niamh Cinn-Oir, she gets greeted with some disgust, no thanks to the belief that redheads are bad luck for sailors. Luckily, Johnny (Jack Hickey) is on her side – probably because he takes a fancy to her. The boat sets out and skipper Gerard (Dougray Scott) secretly moves it over unauthorised waters for the sake of a potential fortune-changing haul. And that’s where we know shit happens.

First, the ship gets stuck, anchored by mysterious attachments that turn out to be organic. Then Siobhan dives in the waters to catch a glimpse of an alien creature she’s never seen before. Very soon, the consequences of Gerard’s decision dooms them one by one. Sea Fever’s monster is both one and many, which makes for an interesting spin. And the development of the findings keeps the pace engaging. Not so much, are the cliche behaviours and underdeveloped profiles of some crew members, and sometimes even Siobhan herself. Thankfully, the diverse crew and motivations keep the film going well enough.

As discoveries unfold and the plot heightens, one almost wishes that more of the Irish beliefs and folktales brought up have some sort of bearing on the sequences. It would have enriched the proceedings a lot more, and maybe even hazarded an angle that disturbs science and mythology. Sadly, this was not explored. This and many other missed opportunities keeps Sea Fever from being a classic, but otherwise remains as good fodder for evening entertainment.