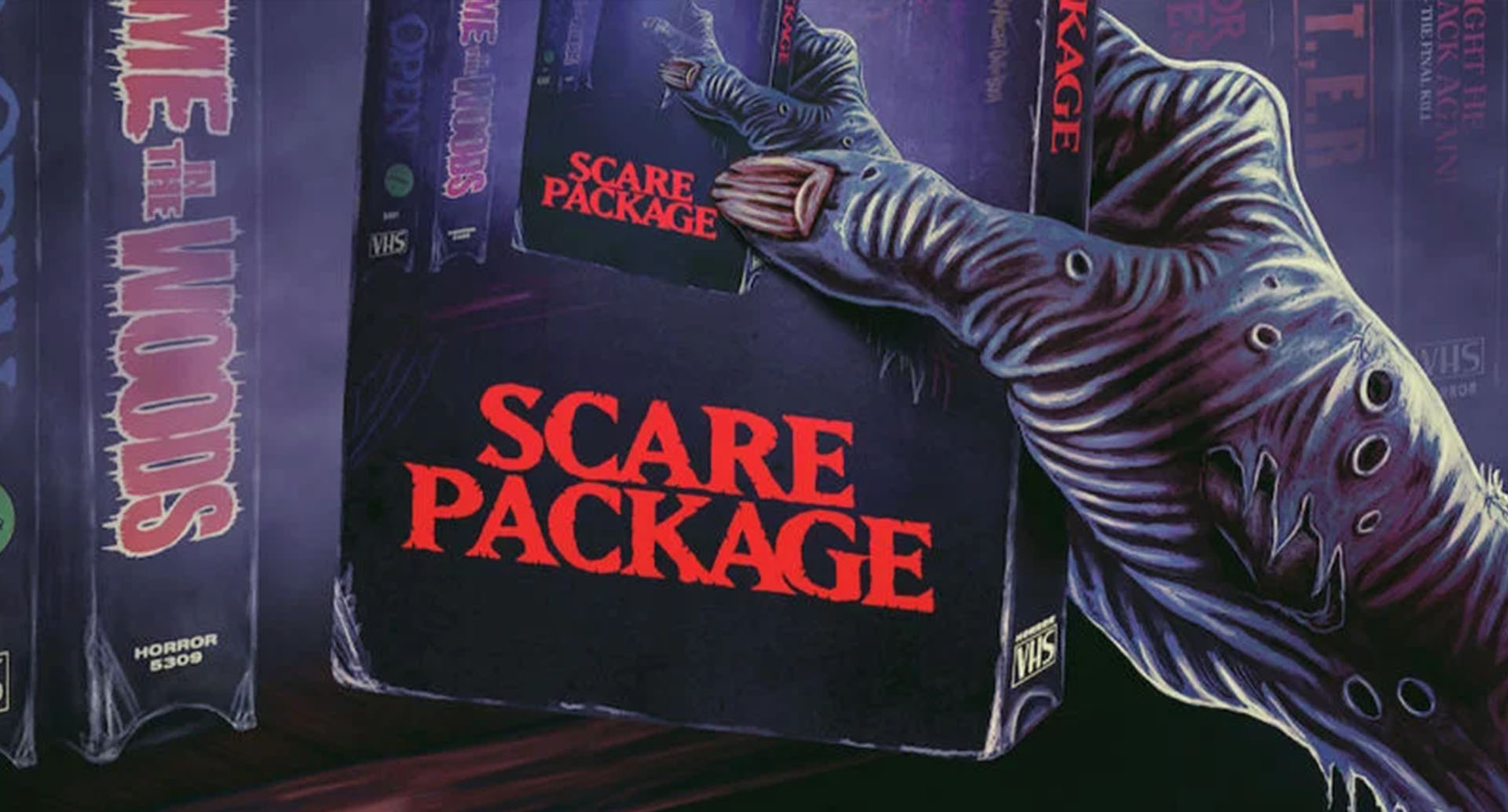 It’s not everyday you can call a horror flick “feel good”, but Scare Package isn’t your everyday horror either.

This title combines the winning formula of horror and humour – something many have attempted but failed. Think Creepshow, but elevated in production and script, with less puns, more wit, and plenty of chuckles for all sorts. And while this diversity might mean some shifting areas of flat reactions from the audience, the overall product is still kicker entertainment.

Wrapping seven short stories within the premise of a video rental store manager and his new hire, the meta-anthology digs into horror cliches and tributes with gusto. There’s red balloons and cameo appearances, referencing formulas a la Scream and also classic villain mashups. Scare Package may not appeal to people looking for a scare (though the movie itself has a few), but if you like elbow-in-the-rib moments with a chummy bud, then you’ve got yourself a winner.

The film does have uneven performances from its varying casts, as they each portray their roles with different degrees of drama, but the uncharismatic fall away easily to the rest who fully commit to their gags. Jon Michael Simpson in particular strikes a likeable combination of cheese and naivete, while carrying the unfortunate name of the serial killer Mike Myers.

With stories about cursed lollipops and beast-hunting Satanists, Scare Package is a fuzzy and deadly trip down memory lane.