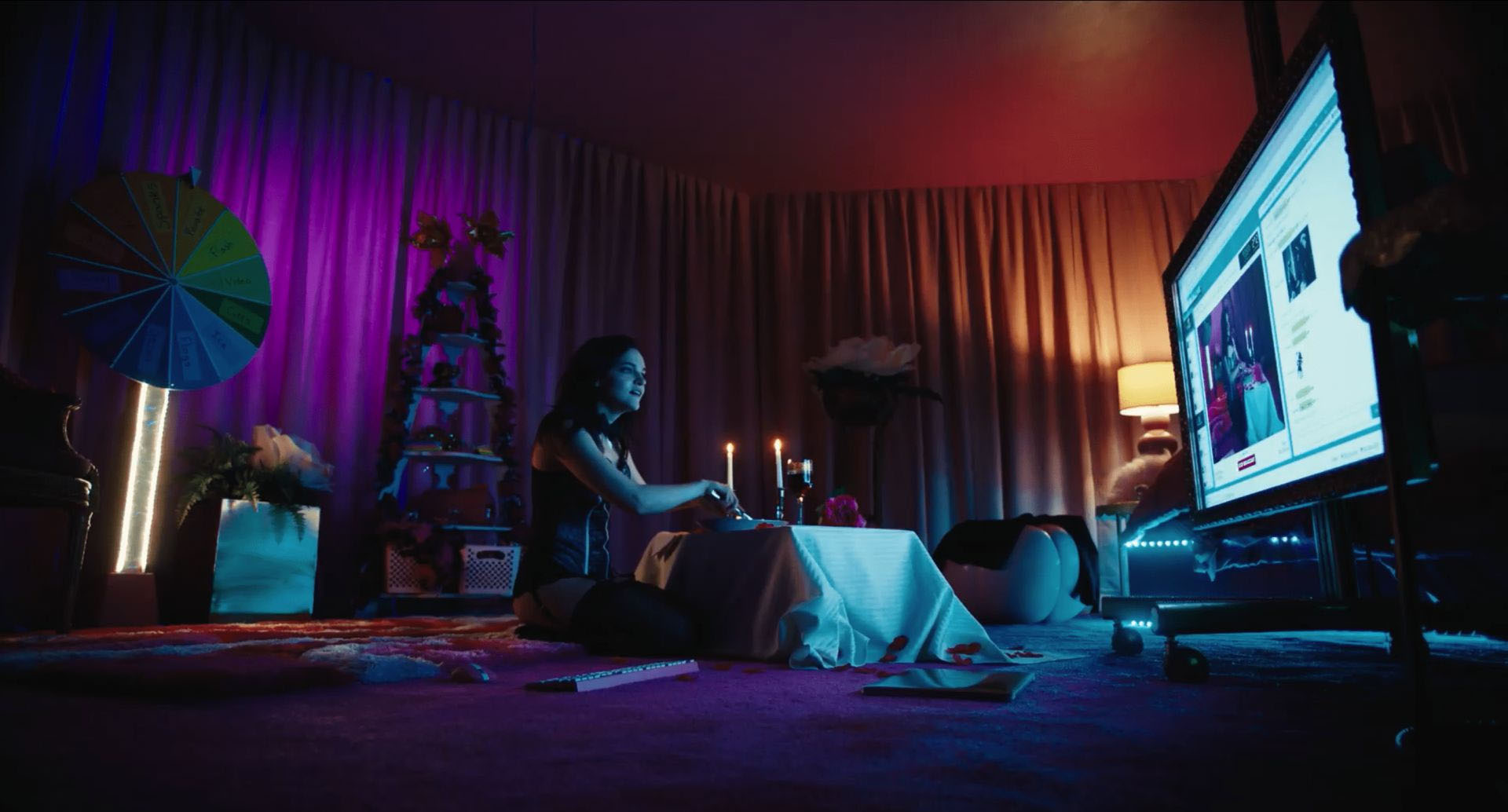 What Cam serves so well, is not only a timely modern-day fable, but a straightforward horror tale that chills to the core. You now what they say about finding the familiar, the most terrifying? Cam reflects the state of today’s online identity and habits, and pushes up the slider to some insane results.

So intent on fame is Lola, that she even creates suicide scenarios faked to win over viewers. This desperation mimics the real-life scenarios of today’s social media, where people do crazy stunts for their minute of fame or Instagram likes. The disturbing truth bomb about what we turn to for content, lends a grit to Cam that keeps it from fluff.

Things get really twisted when Alice wakes up one day to find that Lola is doing a live show. Clicking in, she sees herself performing, and reasons that it’s a rerun of her previous episode. But turns out, this Lola responds to her live comments. What gives?

The next hour of the film warps the mind, as she meets other girls and some of her fans to get help in tracing down the problem. As much of a caricature some of these characters are, they do lend well to portray the environment of sexual online content and the fluid nature of privacy and relationships we have.

When Alice traces down source, she has a showdown which is just as brutal as the reality of our online lifestyle and habits. Netflix’s loose reins over creative control has resulted in some dud experiments, but has also unleashed unexpected creative portals like Cam that can be a stepping board for bigger things to come. All hail fame.