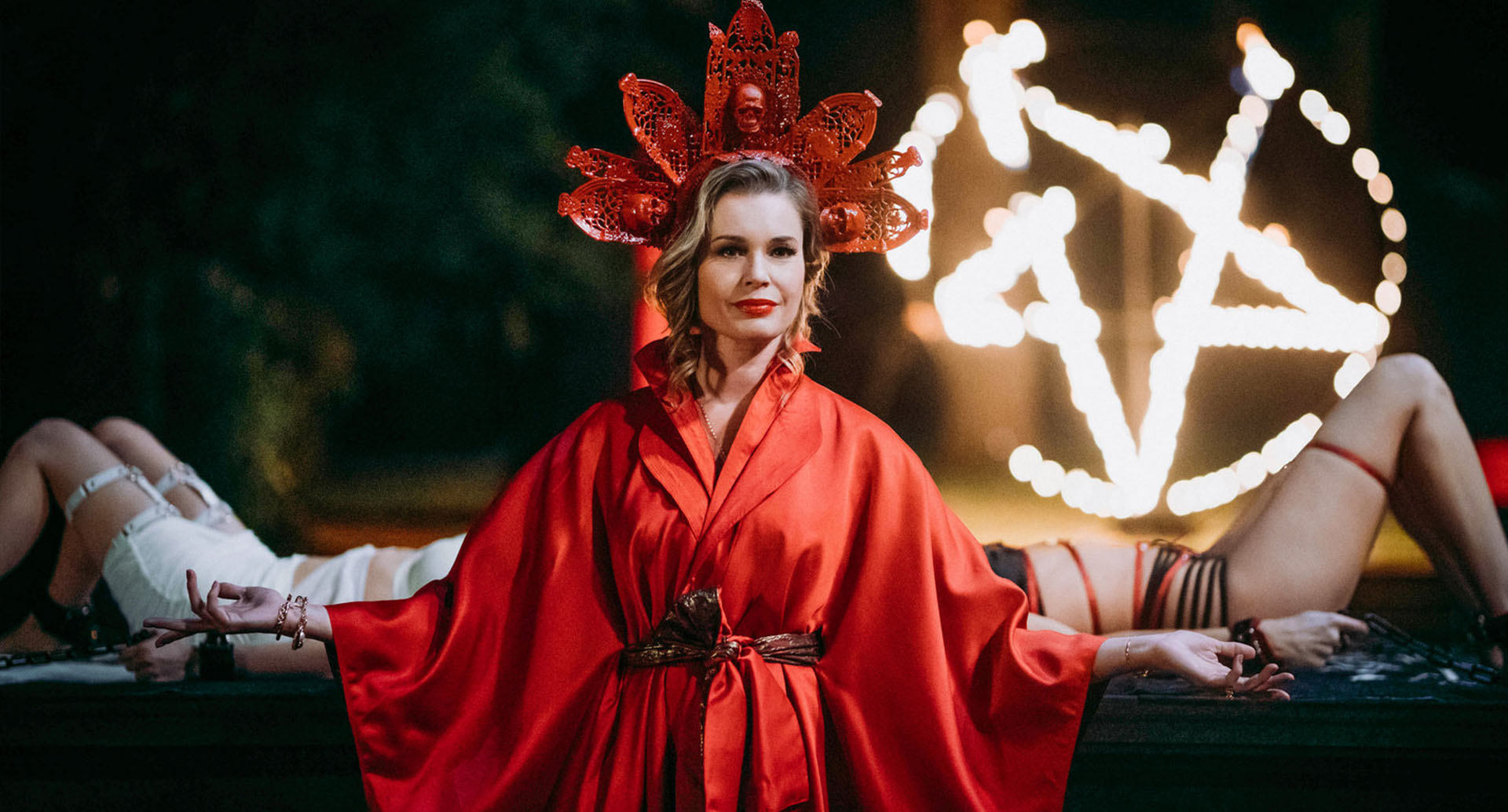 Rife with nostalgic treatment, Satanic Panic is clearly an ode to B-movies in the 80s with its campiness and ruler-straight plot. It ladles on the gore, and is delightful for that aspect, but director Chelsea Stardust is clearly a new hand. This directorial debut of hers is clearly uneven, with forgotten gaps and way-too-convenient devices to move the story forward.

Somewhere in the story is the idea of class separatism, capitalism and chasing your dreams, but each of these flickers for a moment before receding to the chase plot, that it makes it hard to latch on their significance. The last trope was the most refreshing of the bunch, but inserted amidst screams and yells that distract from the coherence and impact. And yes, even if this is an homage film to those scream-fests, the amount here is grating and intrusive.

Satanic Panic follows a minimal-wage pizza girl Samantha (Hayley Griffith) who enters the house to chase for a tip, but finds herself a satanic group instead. The group has lost their most recent virginal sacrifice and decides to use her instead, and the movie follows her as she flees from the group. The film is unadulterated in its generous gore – even affecting obvious “mistakes” to keep it manageable – but the humour Stardust chose to overlap it with, is too desperate and self-aware. There are moments of gem, like when Samantha asks a babysitter her earnings as she is trying to find help, but otherwise, it’s almost a case of overly verbose witticisms that is past its prime. It’s the ironic humour that works here, like when the cult leader’s husband (Jerry O’Connell) tries to rape Samantha to save her that bears better viewing.

But if you’re a fan of gore, this flick serves. From picks jammed into heads and guts being pulled out from mouths for a ritualistic reading, Satanic Panic does right in this department, even if one of the gory creations disappear mid-way in the story for no reason.