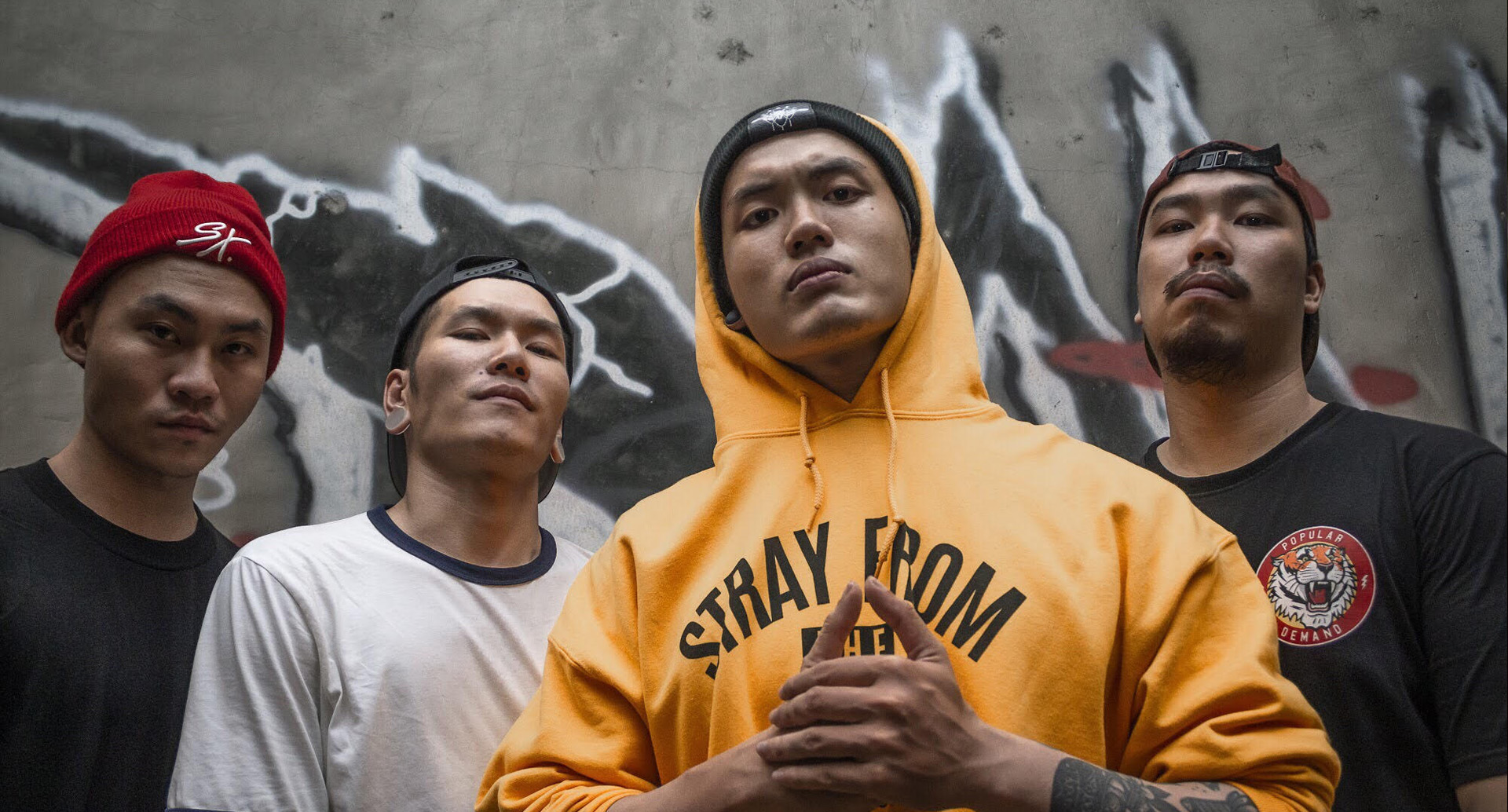 You always must give credit to a band that is willing to go the whole nine yards to achieve their dream against all odds. Vietnamese hardcore metal, District 105 have released a killer split EP and an MV which has received critical acclaim right across the board, so FleshCuts decided to have a chat with Huy, vocalist from District 105 to find out all there is to know about this band on the rise.

Please tell us a bit more about District 105. How did the band get started?

We’ve known each other for a long time because we are all in the hardcore scene, our drummer and guitarist used to be in a band called In Your Eyes and I was in a band called Stranded Pxl. After both of our band broke up due to many reasons we formed District 105.

Can you tell us what is the hardcore scene like in Vietnam now?

The Hardcore community in Vietnam was officially formed in 2013 so yeah you get the idea, Small and pretty young but growing by the minutes. Needless to say, everyone is doing their absolute best to make the scene bigger and keep it going in the right direction while trying to prove our existence to the world scene.

What is unique about the Vietnam  HC scene?

What unique about it is that there was no Punk scene before that. Most of us grew up listening to Metal/Metalcore/Deathcore or Pop punk (and we still do). Then we realized those wasn’t enough, there’s just something so addictive about that 2 steps beat, that breakdown so step by step we traced it back to the roots. And I guess what really made us decided to form the community was the hardcore spirit. Hardcore isn’t just music it’s a lifestyle.

The new Split EP “District105 x ShellDiver”, and especially the music video for Victims of Denial is definitely getting a lot of attention outside of Vietnam. But how is the reaction to the Ep back home?

Thanks, we’re really glad that people love it and the music video reach outside of Vietnam. I don’t know really haha. People mosh when we play and some sing along to the lyrics so I guess they like it.

What is the songwriting process for the band, also what are the influence and idea for this the Ep?

Usually, I come up with a concept for the song or a set of lyrics, then I tell the guys what it’s about and discusses it with them. Our guitarist and also our main songwriter along with our drummer will create the song from the idea I gave out. But there are times when it is the other way around. One of us just step in the practice room and play a really nice riff or beat then all of us make the song from there.

Hard to say, each one of us got influenced by different bands from metalcore to hardcore and even Djent, but as for the band, I would say Varials, Lionheart, Harm/shelter, Stick to your guns. About the idea, to be honest, it was quite random, I just remember wanting to make a debut Ep with my brother from Shelldiver and also their comeback Ep after a long hiatus. I wanted to make a song which represents the Saigon scene which ends up being F.E.H.C (our first MV).

The music video really captures the raw energy of the band. Who came up with the concept and how much input do the band have?

We all came up with the concept, we thought about how our band can make an MV that show the world that Saigon is also a cool place so each one of us plays in a different background throughout the city. We would like to thanks Phuong Ngoc, she is one of the best supporters of the scene since day 1, she hooked us up with Hoang Nguyen the owner of Moc Nguyen Production, a really talented individual to make this MV.

What have District 105 got planned for the rest of 2018 and next year?

We are currently working on our first mini album, which hopefully can be released in 2019. You guys can expect a new single from us at the beginning of next year. Our two biggest goals for next year are releasing this album and go touring outside of Vietnam, something all four of us really wanted to but couldn’t achieve with our previous bands. 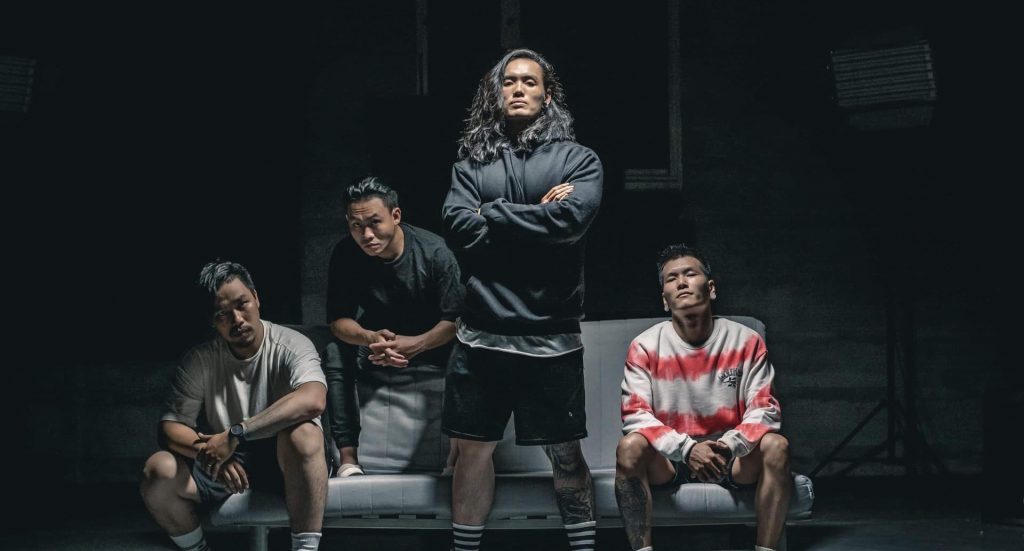 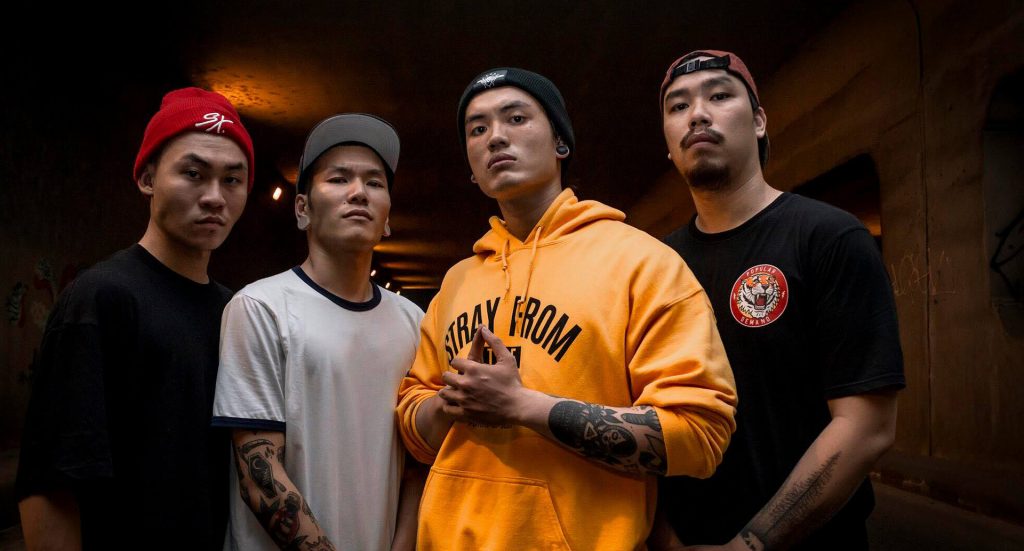