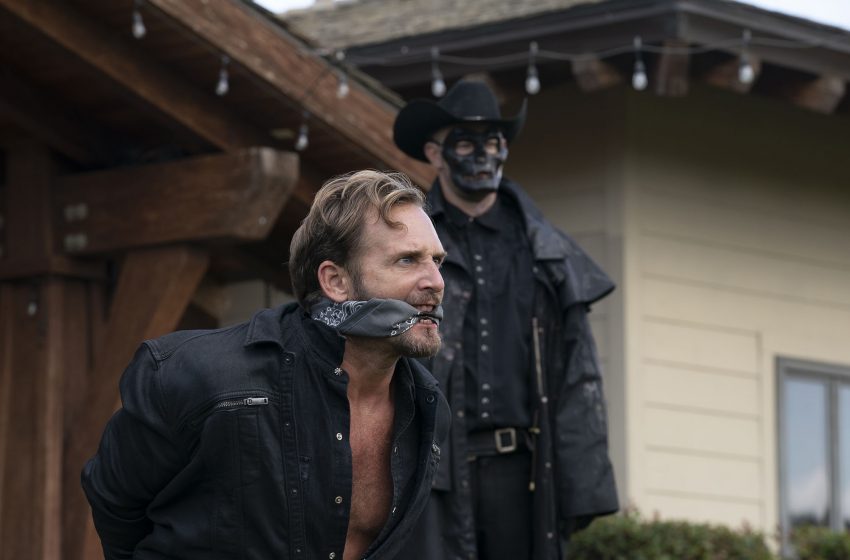 (from left) Dylan Tucker (Josh Lucas) and a Purger in The Forever Purge, directed by Everardo Gout.

The Forever Purge is the fifth instalment and final movie of The Purge franchise. The fifth film continues when the annual Purge has ended, but unsanctioned Purge continues to spreads across a Texas town and the people in this Texas town must make it through the night and survive with no help in sight.

This summer, all the rules are broken as a sect of lawless marauders decides that the annual Purge does not stop at daybreak and instead should never end in The Forever Purge.
On the morning after The Purge, a masked gang of killers attacks the Tucker family—including Dylan’s wife (Cassidy Freeman, HBO’s The Righteous Gemstones), and his sister (Leven Rambin, The Hunger Games), forcing both families to band together and fight back as the country spirals into chaos and the United States begins to disintegrate around them.

The Forever Purge opens in Singapore on July 1.