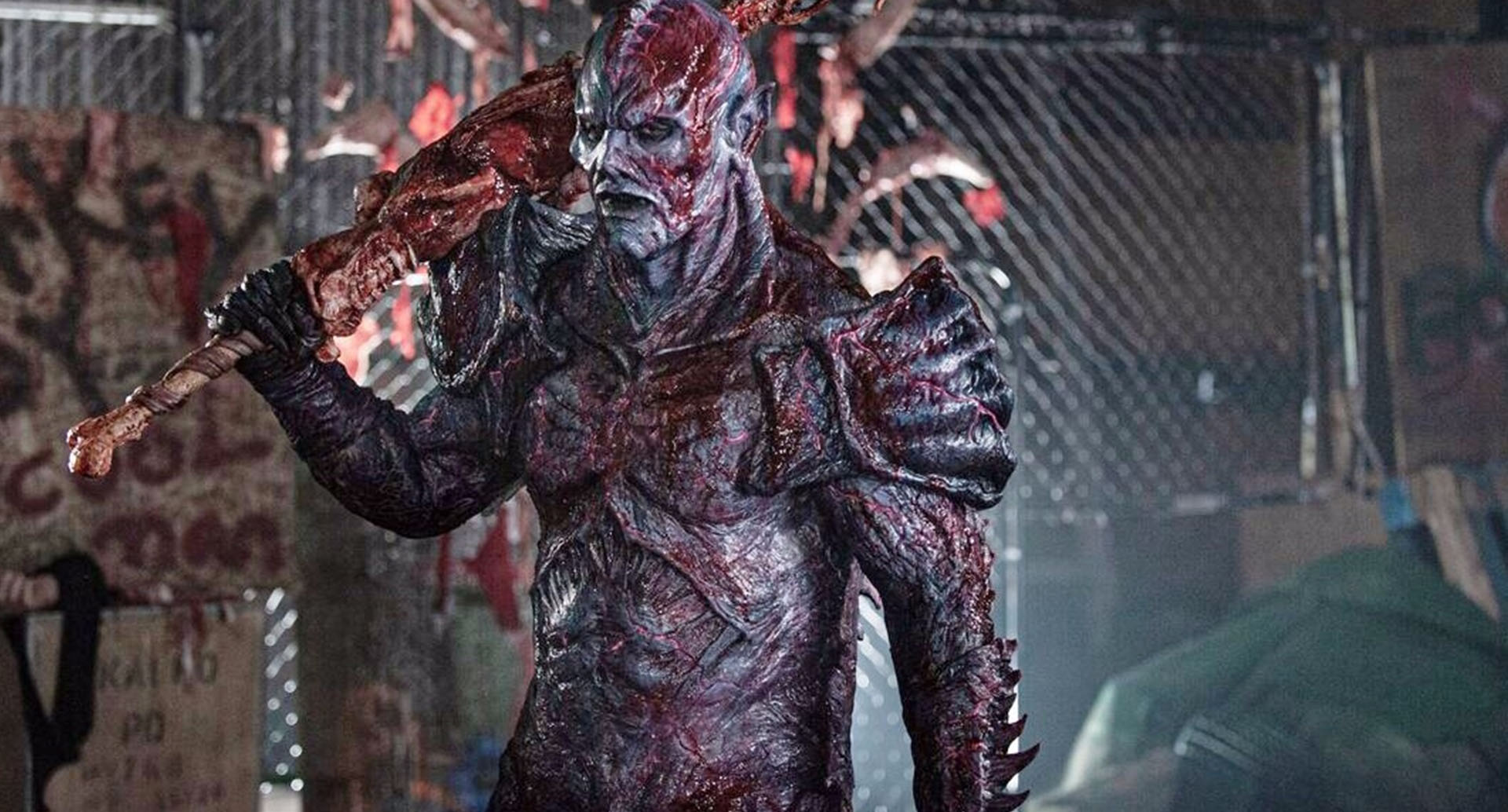 Loaded with plenty of practical monsters and gore effects, ‘Psycho Goreman’, from Steven Kostanski  Leprechaun, (Leprechaun Returns, The Void) drops its first trailer today. The trailer looks insanely fun with the 80s kid with monster adventure vibes and the practical monsters definitely the star attraction of the film.

From the film’s official press release:

Featuring a supporting turn from Kostanski’s Astron-6 collaborator Adam Brooks (and a few other surprise cameos), PG (Psycho Goreman) introduces emerging stars Nita-Josée Hanna and Owen Myre as Mimi and Luke, a perpetually bickering sister/brother duo who unwittingly resurrect an ancient alien overlord (Matt Ninaber) who’s been entombed in their backyard. They nickname the malevolent creature Psycho Goreman (or PG for short) who thanks to their possession of a magical amulet is forced to obey their childish whims.

“The core concept of ‘PG’ is something I’ve carried with me for as long as I can remember,” explains Kostanski. “What would it be like to have your own monster? As a kid, I was mesmerized by the relationship between John Connor and the T-800 in Terminator 2 and the way this relatable kid could suddenly have a badass villain as his pal. I would fantasize about hanging out with the likes of Skeletor, Megatron, Cobra Commander, and every other Saturday morning cartoon villain. These characters always interested me more than the traditional heroes.”