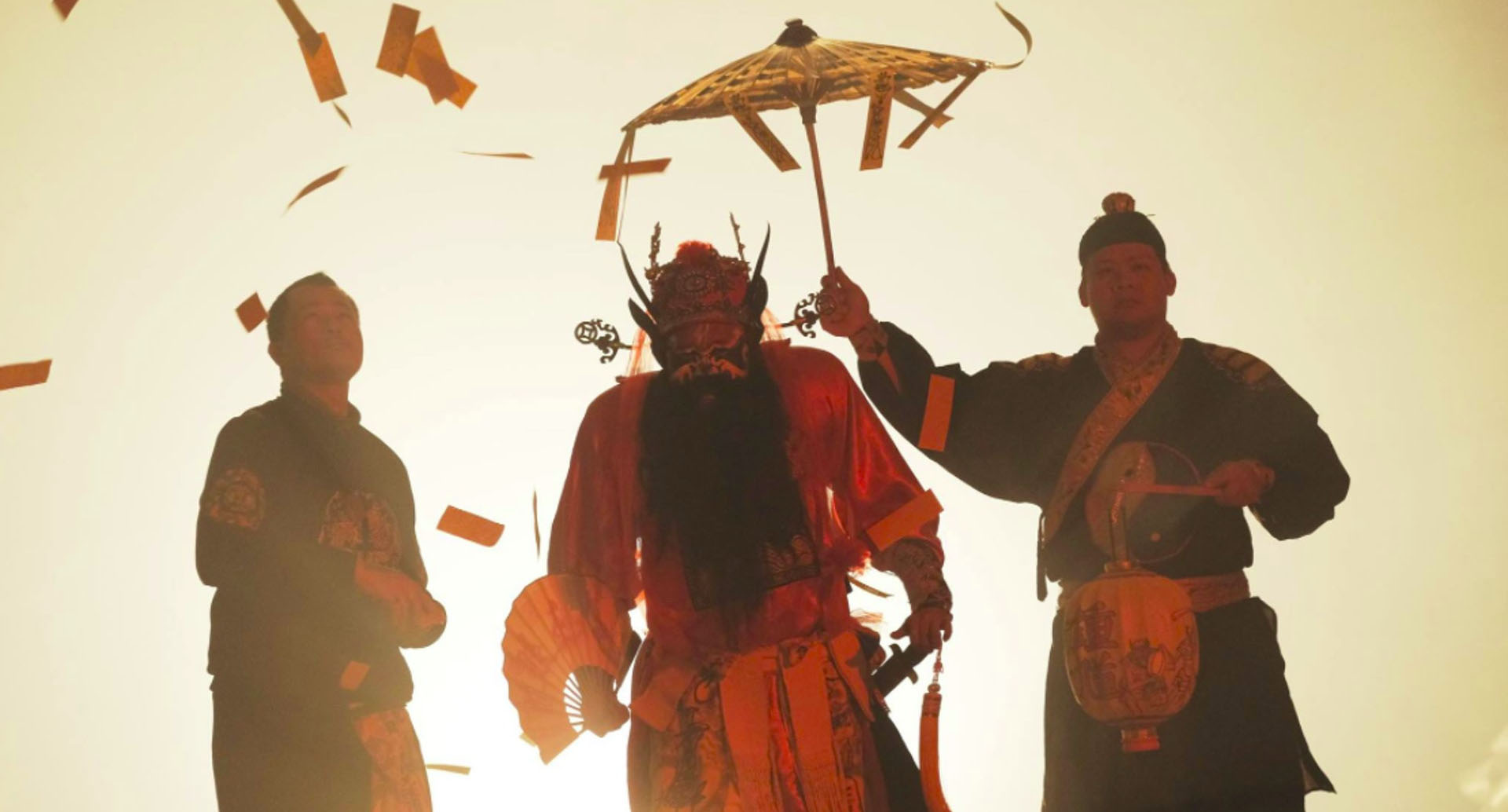 Taiwanese traditions continue to give us the creeps

Spiritual traditions often have a hold on us. And when these rituals are formed around a tragic suicide hanging, the overall effect is all the more grim. Those in Fujian and parts of Taiwan believe that when someone commits death by the noose, that negative energy lingers in the rope. It is then the duty of a priest dressed as the fearsome Zhongkui (Ghost-catching deity), along with a procession of men throwing firecrackers and armed to the teeth with talismans, to deliver the ghost and the rope to the sea or to be burned.

The Rope Curse brings to life this belief, and it is the scenes of these rituals that really make the film colourful. The main story goes for something much more familiar; about a ghost returning to avenge herself upon her bullying classmates. Luckily, Liao Shih Han livens up the plot a little by adding in a victim who was the dead girl’s best friend, and yet because she is seemingly tormented as well, we wonder about this turn of relationships.

Jason Tsou and Kimi Hsia perform their roles satisfyingly as the lead couple, even if the chemistry is a little lacking. But it is Chen Po Cheng as the priest and his simple nephew that has some of the finer moments in the film. What does burden the film, is the dead girl. As a human, her characterisation is all too cliche. A bad haircut, dorky glasses and a shy front renders her the outcast, subject to some of the most unmotivated bullying from her classmates. Even when dead, her ghostly make-up comes across campy – at odds with the grounded realism in tone for the film.

The same can be said about the effects when they happen. They seem awkward and cheesy at times, marring the atmospheric camerawork and lighting. The editing is also quite clever, though it does tend to hop between the present and flashbacks a little too much.

The Rope Curse continues the trend of injecting Taiwanese spiritual practices and superstition into their horror titles, and luckily still works in generating creepiness and good scares, but future titles might learn to make characters less one-dimensional.